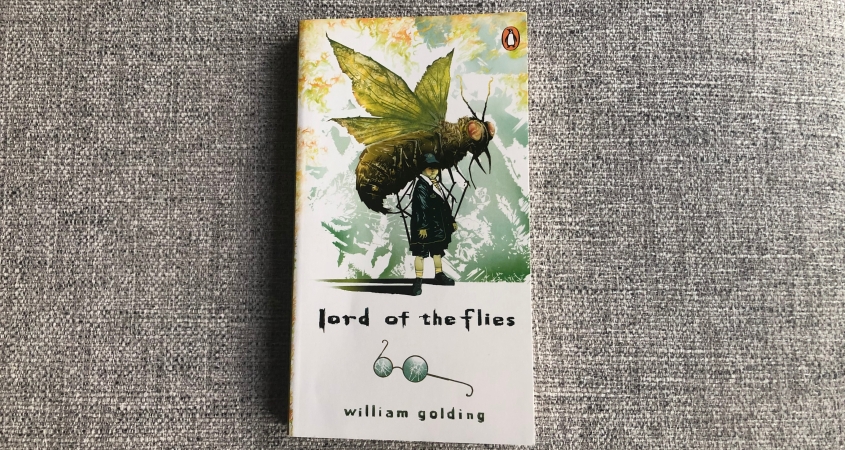 Lord of the Flies

Originally published in Great Britain by Faber and Faber Ltd.

A plan crashes on a deserted island, and the only survivors are a group of tween-age and younger boys.

What’s it really about?

Boys are savages and when left to their own devices they will wreak havoc to the point of their own self-destruction.

You know how when companies or countries are run by old white men, and nothing but old white men, and then that company gets involved in some scandal, and there’s always a large social commentary about how if more women were on the board, or in positions of power, that company or country would have been better run and wouldn’t have made those mistakes, or wouldn’t have been such an awful place to work or wouldn’t have started that war?  This book is the forerunner to that conversation and proves the point by demonstrating how a bunch of boys act with no adults around.

Now you might think, ‘but surely you can’t compare a group of boys stranded on a deserted island to grown adult men in a boardroom?’  Ahh, but I can, and I did.  Well, I didn’t per se, but William Golding did, and you really have to look no further than the current President of the United States to believe that there are oversized children inhabiting boardrooms and situation rooms and whatever other versions of Castle Rock exist in other countries across the globe.

Why should I read it?

It’s kind of like Animal Farm by George Orwell, except instead of paralleling the Russian Revolution, Golding parallels political leadership and, as noted, business leadership.

It always amazes me with short books like this how authors can create a variety of dynamic characters, with rich personalities to the point that, as a reader, you can almost predict what they are going to do before you actually read what they are going to do.  Compared to a book like The Goldfinch which takes 800 pages to talk about, like one character, Golding creates several characters that you get to know, root for, root against, and completely detest in a fraction of the pages.  He does all that while also creating a much better story than The Goldfinch.

That, my friends, is brilliant writing.

Why should I not read it?

Honestly can’t think of any reason why you should not read this book.  It’s well written, it’s entertaining, it’s only 200 pages, it has great characters, and parallels current life, despite being written over 60 years ago.

There’s a reason why it was probably on your high school or secondary school or college or uni reading list.