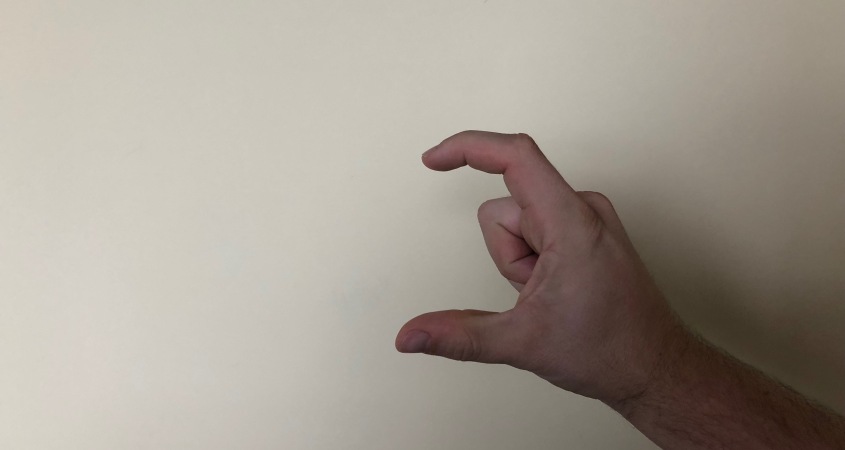 I wrote this as part of a contest for new writers for non-fiction.  I didn’t get selected, so I’m publishing here now so you can all agree I got shafted.

You’ve got to be kidding me.

The initial shock of someone actually speaking to me, let alone trying to discipline me, wore off as I zoomed out and regained the sense of my surroundings – the fluorescent lights, the general noise of ‘lots of people having their own individual conversations’, standing in quite literally the geographic center of the room, which a row of lunch tables protruding out from either side of me, and several more rows in front and behind me. Was I really about to get in trouble?

“I saw food fly through the air,” The look on my face must have accurately depicted my thoughts, as Mr. Howard, in all his bearded glory, conjures flying food out of thin air to bolster his position.

“I just went like that,” I argued back, making a throwing motion with my left arm (although, admittedly, it was a pretty weak attempt at recreating what I had just done).

“Do you want the whole week?” Ahh yes.  Of course.  A classic bad-parent move.  Threaten additional punishment if the child doesn’t behave, even though the odds of that additional punishment actually happening are slim, if not none.  Does this guy really think I’ve never played this game before?

I quickly weigh the odds and figure there’s only 15 minutes left in the lunch period anyway;  certainly, sitting alone at the lunch detention table for a few minutes was tolerable (this had nothing to do with the threat of extra lunch detention, I can guarantee you.  The calculation was solely based on the amount of energy I would expend arguing with this adult man who claims he saw food fly through the air when, rest assured, no such thing occurred).  I picked up my food – that which I hadn’t, ahem, “thrown” – and slowly made my way along the long rows of tables, to the back of the Cafeteria.  The lunch detention table was perpendicular to the rest of the lunch tables; there might as well have been a flashing neon sign above the table, “THESE KIDS ARE IN TROUBLE!”

My incredulous look didn’t change from the moment the guidance counselor (what is a guidance counselor anyway?  Is that even a real job?  I bet that position is just for teachers that have failed at being a teacher but because of the teacher’s union they can’t be fired so they made up a position.  Guidance counselor.  Lunchroom babysitter.  Flying food hallucinator.) first pointed his big, hairy finger at me.  As I walked, I resisted the urge to look up and see the reactions of my fellow classmates; less out of shame or embarrassment and more that I was still in complete shock, and perhaps out of fear that if I made eye contact with my friends I might start laughing at the sheer absurdity of the whole event.

I finally landed at the lunch detention table, and, of course, I’m not alone.  Some scurvy kid dressed in black – black jeans, black shirt, black hair, black nails, black shoes (black underwear?  I didn’t ask) – who’s name I didn’t know (but who obviously knew who I was) was already sitting there.  Probably not even in lunch detention, he just chooses to sit here to make it not quite as obvious that he has no friends and is eating lunch alone.

As I put my legs inside the picnic table-esque benches, a thought hits me and a wave of panic rushes over:

They aren’t going to tell my mom about this, are they?

A sudden movement catches the corner of my right eye, and I snap my head, waking myself from the daze that is the minimum required to pay attention in Mrs. Christianson’s 3rd period History class.  I look over at my friend George, two rows over and one seat up, but by the time my eyes focus in on him, he’s got his back to me, and his head is down.  He’s doing the “I’m giggling but my head is down and so I don’t think you can see me giggling” move.  What’s so funny?

I settled back into my daze, until I saw another quick, sudden movement, this time from my left side.   I looked over at Drew, next to me, and he’s not even really trying to hide anything.  How Mrs. Christianson isn’t seeing these hooligans I’ll never really know (maybe it’s vodka in that water bottle that’s always by her side?); Drew is being incredibly dramatic with his actions.  He’s acting like he just broke his defender’s ankles on the basketball court at lunch time.  What the hell is happening here?

The bell rings (well, technically it’s not a bell ringing.  It’s more like a tone that sounds over the intercom) and we pack up our books.  I run ahead, dodging my fellow classmates in the crowded hallway, and catch up to George and Drew, who are laughing and reliving their 3rd period exploits.

“What were you guys doing in there?  I saw you so don’t bullshit me.”

“What the hell is that?”

“It’s the Invisible Cube,” he repeated, this time making a ‘cube’ with his right thumb and forefinger.  It looked more like a backwards letter-C to me, or maybe a letter-L that was bent in half, but sure, Invisible Cube.  Right.

“What the hell is the Invisible Cube?” I asked, getting impatient.  Drew always thought he was smarter than everyone.  Just tell me.

“It’s just this game George and I made up to help pass the time in class.  You toss it back and forth.  George has it now – show him, George.”  Boss-man Drew, barking out orders like he’s Tony freaking Soprano over here.

George, a fellow lefty, takes a few steps to the right and spins around over his right shoulder, like a left-handed shortstop would (if such a thing ever existed) after fielding a grounder deep in the hole.  He ‘throws’ the invisible cube and Drew acts as if the throw is wide and makes a leaping catch.

“See, the Invisible Cube,” Drew says.  I can almost taste the smugness.  Or maybe that’s just because I’m hungry – it is lunchtime soon.

“Whatever, I want in on this.” Regardless of the smugness, we’ve got Mrs. Hansen’s math class next – I’m going to need something to keep me awake, even if it is some stupid game Drew made up.

Math class had never been so fun.  What a game!

Mrs. Hansen loves writing on the chalkboard (this is how she got the nickname Flabby Arms.  Whenever she would write on the chalkboard, the fat on her arms would jiggle around back and forth.  It was both amazing – from a scientific perspective – and disgusting – from a 12-year-olds perspective – at the same time.), which is the perfect set up for the Invisible Cube.  I started off a bit cautious, but halfway through class I was doing behind the back passes, over the head catches, and no look tosses.  Drew, George, and I were like the Harlem Globetrotters in there, trying out every behind-the-back pass, no-look catch, and any other crowd-pleasing attention grabber we could think of – not that there actually was a crowd, of course.  None of our classmates saw us.  Definitely not.  Not at all.

By the end of 4th period, the game was in full force, and as we walked to our lockers to put our books away, we were excitedly discussing the possibilities of what we could pull off in the Cafeteria.  A room that big?  No need to worry about hiding it from a teacher?  The possibilities seemed endless.

The tone signaling the end of the lunch period, well, toned, and I discarded what was left of my peanut butter and jelly, and most of the chips and unopened fruit snacks.  I think the true punishment of lunch detention is that it prevents eating.  Something about sitting there, all alone, no one around except the weird kid at the end of the table, makes the hunger disappear.

I left the Cafeteria and went looking for Drew and George to relive the absurdity of my lunch detention and plot what was next for 5th period (we didn’t have 5th period class together – could we throw the Invisible Cube through walls?).  I found them at Drew’s locker, but they weren’t nearly as excited as I was.

“Yeah, we saw it man.  Look, I’ve got Home Ec next.  I’ve got to get moving or else I’m going to be tardy.”  Drew was not nearly as excited about this as I was.  What the hell happened?

And just like that, the Invisible Cube died. I gathered my books and as I walked to Study Hall, a familiar feeling came over me.

You’ve got to be kidding me.

One thought on “The Invisible Cube”