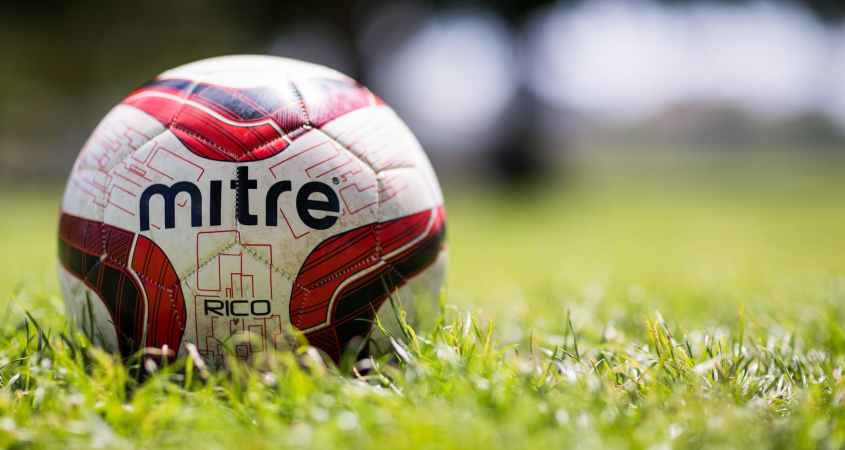 “Would you be up for a game of soccer tonight?”

I don’t think, in my 30 years of living, that question had ever been posed to me before.  I do not come from a family of soccer players.  I do not come from a social circle of soccer players.  When I was 12 or 13 years old, I kicked a soccer ball in my friends backyard once.  Once, as in like, I kicked the ball once and that was it.  That was the extent of my soccer playing experience.  But here I was, 30 years old, in a foreign country, 3 weeks into a new job where the only people I had any interaction with were my coworkers.  My evenings and weekends to this point had been spent watching Netflix and…well, watching Netflix.  Here was an opportunity to at least get out of the house for an hour.

“I’ve never actually played before, but sure.  Do I need to wear a certain color shirt or anything?”

And with that, my soccer career was born.

The Wednesday night soccer game is just a pick-up game – not a league game which I initially thought.  There are no referees, and the teams are put together each week depending on who responded to the Monday email saying, ‘I’m in this week.’  The cost is 5 Euro a person, each week, and is played on all-weather pitches (yes, I’m going to call them pitches and not fields.  When in Rome and all that).  Rain or shine – and in Ireland it’s mostly rain – and as long as there are at least 10 people, the game goes on, year round.

Before I moved to Ireland, I played in two different organized basketball leagues.  In the Wednesday night league, our team was terrible.  We won 1 game over two years.  Part of the reason for that was our lack of numbers – we had 4 guys on the team that had played organized basketball before, and 3 guys who looked like they had never played basketball of any kind before, ever.

As I was lacing up the kicks (not soccer boots, mind you, just your standard New Balance running shoes), the only thought going through my head was ‘Don’t be the Brother’s Beard of this soccer league’.

With this in mind, the strategy was to mostly stay out of the way.  Off to the side and like the right fielder in Little League, hope to all hell that the ball doesn’t actually come my way.  Once the hour was up, I was getting lots of praise along the lines of ‘You’ve never played before? Well, you did pretty good.’  A sigh of relief as I picked up my bag and walked to the car – I had cleared the admittedly low bar of ‘Don’t be the Brother’s Beard of this soccer league’.

I did well enough to get added to the Monday email list, and became a regular each week.  I started to figure out that in soccer, not everyone runs up and down the entire pitch with the ball.  It’s entirely acceptable to hang back on ‘defense’ and not cross mid-field ever.  As someone who sucked at kicking the ball, this seemed like a good idea.  As someone who is lazy, this seemed like the Platonic ideal.  Eventually, I would get invited into another weekly game, with a slightly different crew of people – the Monday night league.

The Monday night league is much more fitting for someone like myself – not good enough to be in a competitive league, but still looking for something to get me out of the house.  The Wednesday league is apparently full of former all-stars whose weeks are ruined if the rules aren’t followed completely correctly and if you don’t ‘hold the line’ appropriately.  Whatever the fuck that means.

But the Monday league, well, that is much more my style.  It’s more along the lines of a ‘we’re all friends here and while sure we want to win it’s much more fun to take the piss and make fun of each other than get butt hurt about whether someone touched the ball with their hand or not’ kind of game.  I’ve given the Mutumbo finger wag after saving a few shots on goal and followed up some ‘tackles’ with the blacktop classic, ‘gimme that shit’.

Just as I became more of a regular in the Monday game, my attendance at the Wednesday game waned.  After nearly two and a half years, I was a full time player in the Monday league and rarely seen in the Wednesday league at all.  There were a few 11-a-side matches that I participated in, was an emergency substitute in a regular Tuesday night indoor soccer game, and the annual work tournament, where the different departments competed against each other for bragging rights.  I still didn’t consider myself a soccer player, but I could hold my own, no matter the level of competition.

When I showed up to the pitch, I noticed there were a lot more people than normal; the Monday night crowd is not known for their punctualness.  John would show up later and say out loud what I had been thinking, ‘What, do we actually start on time now?’

As we prepared for kickoff, I noticed that no one was standing in goal.  Not a big deal, I’ll go in first.  When you go in first, its assured that someone will make the switch with you relatively early.  If you wait and are say, the 4th person in goal, there is a decent chance that you’ll be forgotten about and end up standing in goal for the better part of the match.  Unless you suck and let a bunch of goals get through.

When Darren made the switch, we were up 2-1, and the only goal I ‘gave up’ was actually an own goal that Pa kicked in himself, so I was happy with my performance.

A few minutes later, that same Pa had possession and saw me standing wide open.  I was often wide open as I was a non-threat to score.  The standard defensive strategy when I have the ball is to stand in the passing lanes.  Occasionally someone will run at me and try and take it from me, but I’ve gotten better at getting rid of it or making one quick move to get away.

As I received the pass from Pa, I turned and surveyed the defense.  No one really near me, as per ush (I spent 5 minutes trying to determine the correct way to spell that and instead of just going with the normal way and spelling out ‘usual’ I’m sticking with the slangy way.  I’m hip damn it!), and no obvious passes to make either.  The man they call Mantis (and for good reason. The guy is all limbs, just like a Praying Mantis) is running towards me from the left.  He sees me as an easy mark and is coming to just take the ball away from me.

I fake to the left, and he bites on it, so I kick the ball with my right foot and start to run up field. As I step with my left, however, the Mantis has put his Go-Go Gadget leg in front of me and I trip.  My foot is coming down and lands directly on the ball.  As I look down, my foot is definitely not supposed to bend that way.  It’s all over in a flash.  I get up and, to show these pussy-ass Irish soccer players how tough Americans are, immediately start to walk it off.  I’ve rolled plenty of ankles playing basketball, and with the way my foot was bent, that’s definitely what this was.

It takes about three steps to realize this isn’t an ankle injury, and instead is something with my foot.  I hobble off to the side, to allow for play to resume.  I don’t want to look like Tony who gets hurt every other week, but deep down I know there is no way I’m going back in tonight.  John runs into the building and gets me an ice pack.  After another minute or so I finally decide to limp my way back to my car – really wishing that were an automatic transmission right now.

I make it about halfway home, to my work offices.  I park the car, limp inside and call my girlfriend to come pick me up.  ‘I hurt my foot, and bad,’ I say. I’m sure that didn’t worry her at all.

Convinced, or maybe just hopeful, that this is just a sprain, I refuse to go to the A and E (Accident and Emergency, the Irish version of the Emergency Room) and we head home.  Ice and elevation and painkillers, and sure it’ll be better in the morning.

By 4:30pm the next day, Tuesday, I had had enough limping around the office and decided it was time to head to A and E.  Given the horror stories I had heard regarding the wait times, I’m hoping to be home by 10pm.  Happiness is a function of expectations, you know.

After a solid 3.5 hours of waiting, I finally get my name called.  The nurse practitioner asks me a few questions, feels around on my foot and before sending me for the x-ray tells me there’s a 50/50 chance it’s broken.  Did you go to medical school for that?

We look at the x-ray together and, yep, there’s the crack.  It’s certainly not big, but it is definitely there.  6 weeks in the boot, she tells me, and hands me a pair of crutches.  As she holds the door open for me, she directs me to the front counter where the ladies at the front desk will schedule my follow up appointment with the orthopedist.

And with that, my soccer career was ended.