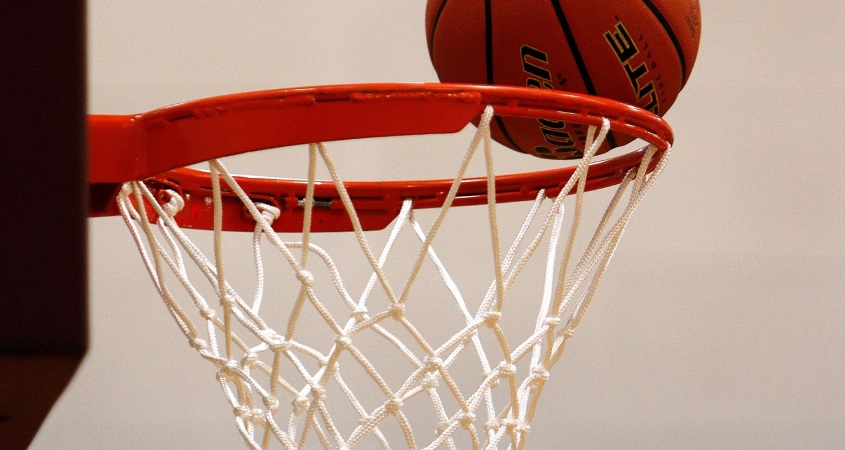 This is the first edition of my twice-weekly basketball thoughts.

I came into this week wanting to watch all of the Wizards games (I’m not really a Wizards ‘fan’, but as the first NBA game I ever went to and a huge Agent 0 fan – before he went crazy – they’ll always hold a special place in my heart). I also wanted to get my fix of Giannis, Jokić, and the FEDS (that name is so bad it somehow manages to also be awesome). Let’s get it!

Markelle Fultz looks like a 14-year-old freshman that got promoted to the Varsity team because the Varsity team is really bad and he’s obviously better than the other freshman, but also clearly isn’t good enough to be a difference maker on the Varsity team (even though they are bad). He shows flashes of talent and ability to get in the paint, but he also looks like he is definitely a boy among men.

A lot has been made of his shot mechanics and in particular his free throw shooting. And yes, it really is that bad when you watch it. But its also fairly clear he has a shoulder problem and maybe we shouldn’t quite rush to judgement and all FREAK OUT because he CHANGED HIS SHOT MECHANICS before his career even started.

Watch this whole video, but in particular focus on the first three seconds:

Did you see what he did there? The way he swung his arm around to loosen up his shoulder? That’s almost exactly the same thing I do when a tennis ball flies over the nets from the courts next to my apartment, and I decide to be a decent human being and throw it back over the net. The only difference is that I’m almost 32 years old and haven’t thrown a ball regularly in like 15 years. Fultz is 19 years old and was the first pick in the draft a few months ago. There is definitely a problem here, but I have a feeling once his shoulder heals all will be fine. Let’s not panic.

While Fultz is shooting free throws like Shaq and Joel Embiid is shooting like his corn rows are rolled to tight (shout to B. Rabbit), Ben Simmons is definitely shooting with the wrong hand. After you read that article from Kevin O’Connor and then watch the Sixers, its painfully obvious Simmons is right handed. Not just the fact that whenever he is within the paint, he finishes with his right hand, but the way he drives and has an easy path to the hoop for a lefty finish, but contorts his body so he can finish with his right hand.

Watch the video of all his shot attempts against the Wizards, and remind yourself the entire time ‘this dude is left handed.’

As much as I’d hate to lose such a promising member of Team Lefty, my guy needs to shoot with his right hand.

New year, same story for the ‘Zards: Great starting 5, terrible bench. The only caveat is that Markieff Morris is currently injured (definitely not from beating anyone up), and his return may help solidify the bench by pushing Kelly Oubre back into a bench role.

Oubre has been fantastic to start the season. He came off the bench against the Sixers, and then got the start when Jason Smith (yeah, exactly) was injured and unavailable against the Pistons. That starting lineup of John Wall, Bradley Beal, Oubre, Otto Porter and Marcin Gortat is so damn sexy it needs its own Instagram account. Or maybe Joel Embiid can come up some stupid nickname like the FEDS. I don’t care – that line up is going to destroy teams all year.

Oubre unlocks tons of different line up combinations for the Wizards, and when ‘Kieff gets back and Scott Brooks rolls out the lineup with him, Wall, Beal, Porter, and Oubre, I’ll need to take a cold shower before going into work the next day.

The Nuggets have played some uninspiring basketball the first two games, and managed to win one because they played Kings. For a full recap of the start of the season, check out the excellent Denver Stiffs blog, but one thing is clear: Emmanuel Mudiay is bad.

I was a fan of his at the draft and have been willing to overlook how bad his on/off numbers and shooting percentages have been the first two years in the league. I’m always a sucker for the highly touted high school players that fail to live up to expectations immediately – so much can depend on situation, who you’re surrounded by, college coach/system, etc.

For Mudiay, there was always a tendency to say, ‘he played one year in China instead of going to college’. Well, sorta. He got injured and only played in 12 total games. Given that point guards tend to develop late, and Mudiay essentially took a year off between being the top prospect in his high school class (per 247sports.com), and being a lottery pick in the NBA draft, I was willing to be patient.

But man, watching him so far this year is just painful. I’m not going to pull up any stats here, because its obviously too small of a sample size. He just looks lost. He dribbles into nowhere, he picks up his dribble when he doesn’t have an idea of where he’s going next, he jumps in the air without a plan. He doesn’t have a shot to bail him out or draw defenders.

I hope I’m wrong about this, and maybe he just needs a new team/start given that he lost his starting job to Jamal Murray (I’m not the first to float this out there, but a trade centered around Mudiay and Eric Bledsoe makes a ton of sense – Denver would have to throw in Kenneth Faried and at least a first-round pick), but unfortunately it’s just not working at the moment. Murray can at least shoot to make up for his lack of point guard skills. Mudiay’s got nothing.

I didn’t mean to watch all 3 Celtics games to start the year – I swear I didn’t. But in the course of wanting to watch Opening Night, Giannis and the FEDS, I subsequently found myself watching every Celtics game so far.

I’ve got no real Gordon Hayward take – the injury obviously sucks, but beyond that, I’m not getting into any ‘where do the Celtics go from here?!?!?!’ noise. Ain’t got time for that.

What I will say is that at no time, during any of those three games, did I think to myself, ‘oh this team can definitely challenge the Cavs in the East.’ There was a lot of excitement over Jaylen Brown and Jayson Tatum (what’s with the extra Y by the way? Is that just a weird coincidence?), but it seems like the basketball cognoscenti forgot that young guys typically suck. The same thing happened last year with the Wolves.

Everyone fell in love with Karl-Anthony Towns (rightfully), thought Andrew Wiggins was ready to take the next step (wrongfully), and THIBS, and all of a sudden they were going to jump into the Western Conference elite. Well, turns out its hard to win basketball games, and no matter how good you will be in three years, that doesn’t mean you are good now.

I think the same thing happened with the Celtics. They were really good last year, and then added big names in Kyrie Irving and Gordon Hayward. Throw in lottery picks Jaylen Brown and Jayson Tatum, Max Contract Al Horford, and ATO savant Brad Stevens, and everyone assumed the Celtics would run through the East and give Cleveland more of a challenge than the 5 game speed bump they were last year.

The problem for the Celtics (and I mean, its only a problem in the ‘not going to win the Eastern Conference’ kind of way), is that young guys usually suck. They might be, and probably will be, good eventually, but it takes time. Jaylen Brown looks like he can play, and Jayson Tatum (seriously, we need to come up with some sort of nickname or something for these extra Ys) doesn’t seem to suffer from the same ‘freshman playing with the varisty’ issue that Markelle Fultz does. But as Minnesota showed last year, that’s not the same as being impact players in the playoffs.

The Celtics will probably be good this year, but they are more primed for a ‘once Lebron and the Warriors are old’ run than a 2018 run.